I think she’s wonderful. Having followed and interacted with her on twitter for a number of years, met in person at the Royal Welsh Show last year, and interviewed her for my podcast, I’m lucky enough to call her a friend. So having belly-laughed my way through her previous three books, I was eagerly anticipating reading ‘Till the Cows Come Home’, and when she asked me to be part of her blog tour I jumped at the chance.

But I’ve never reviewed a book before, despite being an avid reader, so I’m not quite sure how to go about it. Do I adopt serious Times literary supplement-style tones and talk about things such as the weight and depth of the writing, or do I just wing it and talk about what it meant to me? I think I’ll go with the latter.

Because this book really did mean something to me. I’m a farmer myself y’see. My family have worked the land in this little corner of Wales for generations, and from the very first page, I recognised so many aspects of our own farming story. There won’t be a livestock farmer in the World who doesn’t smile broadly at the image of Lorna gasping for breath in the field after chasing a runaway calf, as her husband Brian shouts “Can you not run any faster?”. We’ve all been there.

It’s Lorna’s deep-rooted attachment to the land of her ancestors and her family that I love so much though, and it comes across in every page. That burning desire that her and Brian had to leave their comfortable lives in England, where they were masters of their own destiny, and return to Garrendenny, and the complexities of farming with family to live a life less ordinary in a tight-knit rural community. In Wales we have a word for this longing for home and the land – Hiraeth.

To me, the measure of a good book is if the author takes you there. Can you imagine being with the people and characters? Is it clear in your mind? And I could. I could see myself walking along Garrendenny Lane and exchanging friendly greetings with neighbours long gone. I could feel the excitement and trepidation of the Sixsmith family when the first tractor arrived on the farm in 1954. And I could feel the cold in my fingers when I imagined trying to pull sugar beets out of the frozen solid ground after the neighbour’s cattle had got into the field and grazed the beet tops.

Perhaps my favourite thing though is how Lorna’s written about the eponymous stars of the show – the cows themselves. It’s hard to explain to someone who’s never owned livestock just what they mean to us, and how much a part of our families they are. As farmers, we’re present at their birth, often delivering them into the World ourselves, we see them grow and join the milking herd, work alongside them every day, and then eventually we’re there at the end too. It’s part of the cycle of things, and part of what we do, but it doesn’t ever get any easier. Lorna’s captured this beautifully.

Her razor sharp wit shines through throughout the book. There are genuine laugh out loud moments, as well as wry observational humour on subjects that farmers everywhere will recognise, and even people that have never stepped foot on a farm in their lives will get. I particularly enjoyed Chapter 8: Silage Making – Trials and Tribulations (which is the perfect title by the way); it’s a testing time of year in many ways, with weather issues often adding to the pressure, and Lorna’s captured both the difficulties and enjoyment of working in a silaging team perfectly. And if you don’t laugh at the stranger at the table I’ll eat my hat.

To sum up, the book oozes warmth, humour, wisdom, and love, and is written in a way that makes it both fascinating and entertaining for farmers and non-farmers alike. I’ve read many books written about farming lives over the years, but this might just be my favourite. If I could write, this would be the book I’d have written myself. So If you want to escape the hectic modern World for a few hours, put down your devices, make yourself a cup of tea, and pick up a copy of ‘Till the Cows Come Home’ by Lorna Sixsmith. I promise that you won’t regret it. 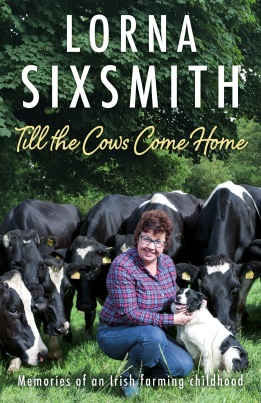 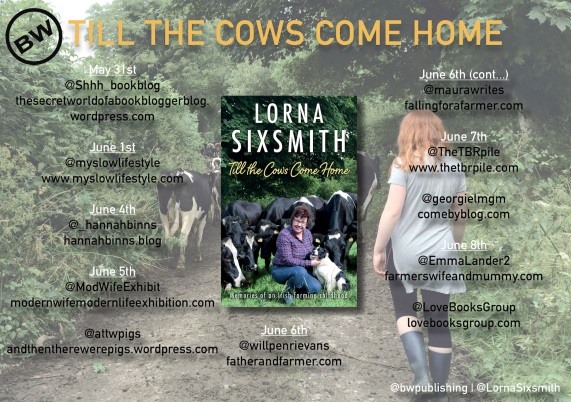 You can pick up a copy of ‘Till the Cow’s Come Home’ by Lorna Sixsmith and published by Black & White Publishing in all good book shops now, priced £12.99

OR, to win one of two copies, log on to twitter and find this review on my page @willpenrievans – then retweet and follow @LornaESixsmith – and I’ll draw the winners out of a hat on 13th June!

Livestock & Arable Farmer, living in the sticks with a Wife & 4 young Daughters, trying to make sense of it all.. View all posts by fatherandfarmer