This is a difficult one for me as I’m going to write about something that I’m not really sure I’m qualified for, and I desperately want to do it justice. I recently noticed a campaign on twitter highlighting mental health in the agricultural industry ( #FarmerMentalHealth ) And yes, I’ve lived my whole life within the farming community, but no I’ve never been affected by mental health issues. Down, stressed, worried, anxious, and occasionally overwhelmed, yes. But depressed, no.  There but by the grace of God go I, to misquote one W. Shakespeare. Because it’s a very real issue affecting many of us in agriculture, and I’ve seen it in family members, friends and neighbours.

In the US, farmer suicides number just under twice that of the general population. In the UK, a farmer a week commits suicide. In China, farmers are killing themselves daily to protest the government taking over prime agricultural land for urbanisation. In France a farmer dies by suicide every two days. Australia reports one farmer suicide every four days. India yearly reports more than 17627 farmer suicides (Newsweek 2014).

These are sobering statistics. But why is this happening? What’s making people so desperate that they’re taking their own lives?. Farming as an industry can be tough. Terribly so at times. We work extremely long hours, and often in isolation. If it wasn’t for my family, I could easily go for days without seeing another human soul. Livestock need feeding every single day of the year, and if you’re ill? Tough, they still need feeding. Got a bad back/ knees/ hips from heavy manual work and years of getting on and off a tractor? Tough, it still needs doing. These things can drag you down. Nothing does like chronic physical pain. Or perhaps it’s the financial pressure. An overdraft stretched to breaking point has an awful habit of giving you sleepless nights, further contributing to physical exhaustion. Prices are low in Agriculture worldwide at the moment, and many of my neighbours are struggling, or have left the industry for good in the last few years. Unable to put themselves, or their families through it anymore.

There’s the constant media criticism of us as an industry too. There are newspaper columnists and ‘environmentalists’ who make a very good living out of it,  and unfortunately, they have a large audience. It can be incredibly frustrating to repeatedly see damaging headlines and articles condemning our practices, and us as a community. Recent stories blaming upland sheep farmers for increased levels of flooding here in the U.K. are a prime example of this. There’s the burden of overzealous officialdom and red tape. Many older farmers can find this simply overwhelming. Think about how much the World’s changed in just the last 5 or 6 years. Everything’s online. If you don’t have a younger family member or friend available to help you, that must be quite terrifying.

There’s the stigma, and associated stereotypes of depression. Farming is a small community where everyone knows each other. No one wants a neighbour saying ‘Did you hear about so & so? Lost his/her marbles..’ The embarrassment at the perceived ‘weakness’ is enough to stop many from reaching out and asking for help. Many just put their heads down and work longer and longer hours to try to get through it, and avoid dealing with people.

But even if none of these things apply, perhaps you just simply have no one else to talk to. Or maybe you do, but you find that no matter how hard you try, you just can’t. It’s a British thing isn’t it? Stiff upper lip and all that. Grin and bear it, old chap. Put on a brave face. Bollocks. For years, until I met my wife, I fell into this category. Try as I might, I couldn’t find the words to express how I was feeling. It became a real issue for me. We don’t in my celtic family y’see? We just bottle up all our worries and every day concerns for months until we explode. But my wife, as anyone who’s met her will testify, is a ‘talker’. She communicates. It’s her thing. Being silent in her presence frankly just isn’t an option. And God bless her for it, because being able to talk with her about my everyday stresses and concerns has helped me to be able to better find perspective, and to become a better man for it.

But not everyone’s as lucky as I am. There’s a side of farming that people really don’t see, where men, women and families are struggling on a daily basis, and are falling through the cracks and need help. And it’s up to us all to look out for the signs of this in our neighbours, friends and family members, because no one’s immune to this illness. The first step is to simply listen to a person’s problems. Talking nearly always helps. There are practical things you can do such as making sure the person is eating well and not drinking too much alcohol. And if these simple things don’t work, try to get them to seek help through their Doctor. There are some wonderful organisations out there such as:

And there are many more. Social media can also help. It’s an easy way to connect with like-minded people, without having to physically get off the farm. Sometimes talking to a friend, or even a stranger, on one of the various networks or platforms rather than one who knows you and your family in the ‘real world’, can be easier.

Nobody looks after their own like the agricultural community. In times of trouble, we circle the wagons and help each other. Always have, and always will. And these are certainly troubled times that we’re living in. So let’s do that. Let’s look out for the signs and help each other, because none of us really knows the burdens that our fellow farmers are bearing behind closed farmhouse doors. 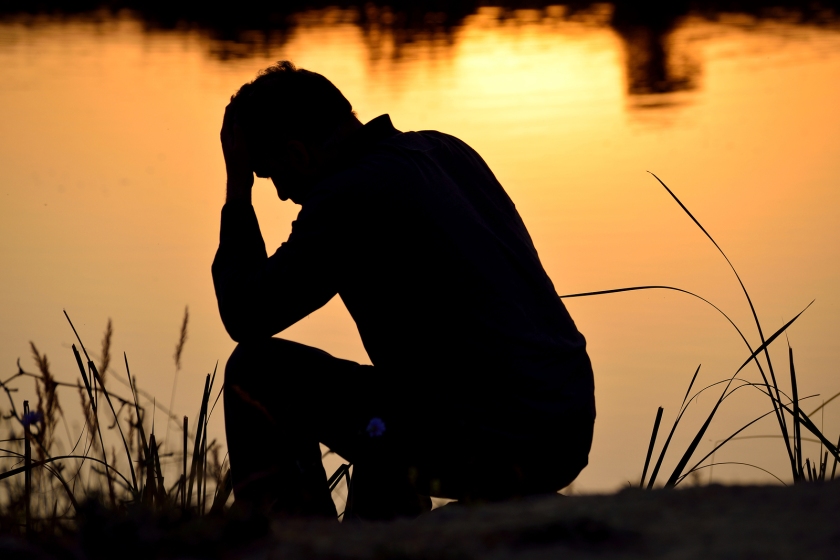 Livestock & Arable Farmer, living in the sticks with a Wife & 4 young Daughters, trying to make sense of it all.. View all posts by fatherandfarmer

Join 85 other followers
Follow Father and Farmer on WordPress.com